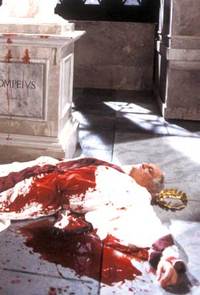 So the bad news as of last week was from the Las Vegas review Journal. Which irks me is why this publication feels the need to be both a review and a journal. In any case, they reported that Cher’s negotiations to perform part-time at Caesars next year fell through. El finito. The report stated Caesars was concerned Cher may be over-exposed after her Farewell Tours of the early 00s and not able to fill the 1k seat coliseum. This seems the least likely reason to me. Cher was just as over-exposed (if not much much more) before these negotiations began. As they've drug on, she's disappeared back into the mist. Do you suddenly get more exposed the less work you do?

Caesars has made no official comment and Cher is mum as usual. If this is even true, it’s most likely a save-face measure borne from desperation due to Cher not negotiating for too long for whatever reason. Maybe she couldn’t get a spa installed in her dressing room. Maybe she’s got a sick family member or just doesn’t feel like creating a giant girdle stage prop. Who knows. The only thing that really surprises me is how quiet the fans have been about it on the big list. But then Cher fans have learned to have a heart of stone in such matters.

This Las Vegas review-journal-quarterly-paper-chronicle-record did say however that Cher is one of the biggest selling artists of all time.

See what we Cher fans learn to live on?

Hard to believe that Cher can't get a gig. Maybe she can find a good Sonny impersonator, and do, I got you babe! Here are some shill words for that, at: http://www.realcrash.com/what-a-mess-babe/

I bet the Sahara would have her, if she brings the big high heel. Great photo choice.