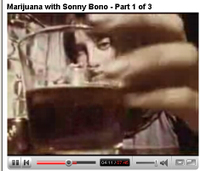 I was remiss in posting last week due to being at a work retreat for three days. As a result, the other two days I was a complete zombie. The retreat was exhausting but amazing and at a fabulous venue, the posh Fess Parker’s Inn in Los Olivos. I spent my very few spare minutes ogling the funky, overpriced art at one of the many galleries nearby.

This week I head off early to my 20th high school reunion in St. Louis (hopefully I’ll have wacky photos coming soon...or photos of myself in tears like Romy and Michele ). Sadly, I did not lose many pounds these last few months but I did gain quite a few muscles in all my Tamilee workouts. Come on...I just can’t work out to Cher with that hole fit on! Besides, Tamilee is so friendly and encouraging. She reminds me of Olivia Newton John.

And I read an interesting article about ONJ by Wendy McClure in the Aug/Sept issue of Bust Magazine. Titled “Reviving Olivia,” it dealt with Wendy’s late 70s, early 80s childhood obsession with ONJ and hearkened back to a more innocent time of celebrity obsession. “They don’t make pop stars like ONJ anymore,” Wendy says as she describes her fantasies “where I got to be her best friend.” She describes ONJ as both exotic and friendly...wholesome and hot.

“The celebrity world has changed for the worse: it’s become too fast, too fickle, too irreversibly fucked-up to give us another like her…[back then it was a time] when female teen stars were still more likely to be seen as artistic ambassadors from the next generation than fresh meat with a legal-age countdown.”

So true. Which brings us to the next topic. I finally watched the Sonny Bono marijuana film again to try and find Cher’s cameo in it. Cher looks so young in her bit, I can’t help but be reminded of Paris Hilton when I see it. In fact, you can also read the film as The Lindsey Lohan Story. Cher appears early on (approx. 7:44) during discussions of alcohol abuse. She’s briefly seen careening over her booze and finally slumping over a phone. Her mascara’d eyes through the glass, those long fingers and cascading black hair are unmistakable. The closing credits don’t show on YouTube as they do in my cassette version, but a freeze-frame of her eyeball through the booze glass makes a reprise there. In the film someone asks, “What’s so bad about feeling good?” Sonny answers very creepily, “Nothing, baby, nothing.” Ick. Sonny says “the young people” a lot and calls everybody “Bud” (including Cher if I remember Good Times correctly). Every time I watch this thing, I see new disturbing things. The most upsetting image this time was the monkey in the lab with surgically implanted wires coming out of his skull cap. Criminal.

The video can be seen here on YouTube. YouTube poster "blackpimp4u” has interesting footage posted there...and the related file is where I found Sonny & Cher singing more anti-drug messaging in their video for “Circus.”

On an unrelated topic: last Friday night Les Dudek played a show at the Malibu Inn on Pacific Coast Highway. My most celebrity obsessed friend was pressuring me to go to the show but I chose to not be celebrity obsessed last Friday and saw 3:10 to Yuma instead. And I’m not sorry I did because that was the best western I’ve seen since...well, forever. So far I can’t find reviews of Les’s show; but here’s his MySpace page. 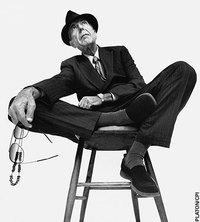 I’m feeling under the weather this week so I’ll just leave you with just one question. I used to avoid Leonard Cohen songs because I thought he was so Chelsea Hotel. Then I fell in love with Jeff Buckley’s version of "Hallelujah." What was I thinking?

No, that’s not the question. The question is "Hallelujah." Could Cher pull it off? The soaring bird of its melody and its exciting silences. Snuff Garret once said Cher’s voice could cut through a cement orchestra.

Could it stand up to one lone piano?

Speaking of imperfection, I continue my discussion on this topic in my Ape Culture blog review of the Lucinda Williams concert at the El Rey Theater in Los Angeles on Thursday nite. It’s been sort of a disturbing Cher week. First, a very astute Cher scholar took me on a pilgrimage of Cher’s evolving teeth, from her 70s wild teeth, (which I loved), to her large Witches/David Letterman-era teeth and beyond. And I don't know why but the whole tooth-journey has taken me quite a while to get my head around, so to speak. (I think I’ve finally found an incidence where this phrase makes physical sense to me). Yes, things did seem odd around the time of Witches but at the time I chalked it up to the new nose.

But the larger problem is I can’t stop thinking about the-Witches-era teeth. For some reason I have a crazy, dancing, grinning kachina running through my brain. He's like the kachinas from my Dad’s childhood on the Hopi reservation near Keams Canyon in Arizona. My dad told me kachinas were meant to teach children important lessons or to scare them into behaving. So I figure my sudden imaginary kachina must be here to scare me out of getting those da vinci veneers.

Scary enough. But then news broke that in August Cher fell down her stairs and broke some toes. Apparently she’s in a lot of pain. I hope she feels better soon and doesn’t get hooked on Vicodin or Demerol or Celebrex.

And then I read that Mask is being made into a musical! When will it all stop??

I suppose I’m just feeling overly anxious because I’m trying to detach at bit. I’m trying to learn website architecture and compliance on my job (which is helping me redesign the woefully web 1.0 Cherscholar.com); I’ve just finished some new book reviews and a year's worth of research for some new poems; I’m getting ready for my 20th high school reunion in a few weeks (should I keep Cher Scholar on the low down?); and I’m helping my parents plan their 50th wedding anniversary in New Mexico. To aid in all that mess I’m learning meditation, yoga, and ceramics. Surprisingly, it’s working. I feel very calm.

So let’s break it down. Not ever Cher movie needs to be made into a musical. And stories of extensive plastic surgery only serve to remind me that show business is a dirty business. Not a dirty business like a Starbucks franchise. More like an underground gambling, break-your-knees dirty business.

Or toes. And maybe show business is a knee and toe-breaking business which demands physical perfection.

But as my meditation and ceramics teaches me daily, imperfection is God. And maybe that's a good arguement against pop culture; it's not art because it's too perfect. 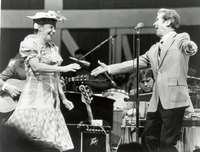 Why, no. But wouldn't that be a hootenanny?

Jackson Highway Album of the Day 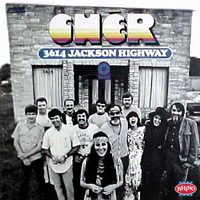 Here's their detailed review by Lindsay Planer which was quite positive. They give it 3.5 out of 4 stars and label it "earthy, intimate, ambitious, mellow and gritty."

Doubly happily you can learn more about Cher's band for the album, The Swampers.

"...closer examination reveals that not only does Cher have soul, but The Swampers are the quintessential foil for her decidedly unique style. Like soul-music serpent charmers, they summon from Cher the most authentic, if not interesting work she has been responsible for."