So all of a sudden all these queens start pelting her with gum... 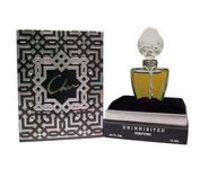 My title refers to a funny post on the Yahoo! Cher list this week by JefRey who was describing a Cher-attended Uninhibited perfume-release party at a department store. Someone asked Cher do her TV character Laverne, which she can’t do without simultaneously chewing gum. As soon as she said that, gum suddenly hilariously appeared as described.

I’d love to see a movie with Laverne, by the way. I envision her with Carol Burnett’s character Eunice and the In Living Color character Benita Butrell ("I aint one to gossip; so you didn't hear that from me") and I see them robbing banks as vigilantes for senior’s rights); but I guess three months of chewing gum nonstop would give Cher lock-jaw.

Anyway, I was like a patient elf this week waiting for my Chrome Hearts magazine to come. It didn’t. I went online to see what the dealio was yesterday and discovered that, to my absolute horror, the post office was claiming to have already left two notices! One on July 30 and one on July 31, my birthday. (This is Harry Potter’s birthday too by the way). It was now late in the day on August 1 and you know what that means. FINAL NOTICE!! None of these little yellow devils ever appeared on my Venice doorstep and I feared the worst, that the US Postal Service had already sent my birthday present to myself back to Japan!

I fell to my knees and cursed the Gods and made my boyfriend’s life a living Hell for about fifteen minutes while I moaned and ripped at my hair as he attempted to drive me to the restaurant Malo in Hollywood for my birthday dinner. (Which was very good, by the way. I love their corn on the cob and shrimp Diablo – very hot - I was crying by the end of it and not because fate was tormenting me with postal snafus.)

I ended up calling the post office just in time this morning to pick it up by hand. More about its innards next week.

For my actual birthday I went to see Atlantic Records: The House that Ahmet Built at the Egyptian theater in Hollywood. My birthday is Ahmet Ertegun's birthday too as it turns out. Harry Potter, Ahmet Ertegun and me. It was an Ertegun love fest, I have to tell you...with tributes given by Keith Emerson (geez, what a bore), 80s Cher-producer Peter Asher (very funny), R&B giant Solomon Burke (claims to have 87 grandkids), as well as songwriters Jerry Lieber and Mike Stoller. The movie was very interesting (narrated by Bette Midler, the one of these things is not like the other in Ahmet's musical oeuvre) but the movie did not reference Sonny & Cher (except for two photos of them flashed up in reference to Phil Spector). The movie actually didn't discuss the ATCO label at all but did interview Jerry Wexler at length and talked about his involvement with Atlantic's soul artists including his disinterest in Ahmet’s more white, rock acts.

I wonder if Sonny’s interest in R&B was the link in the chain between Jerry Wexler's involvement on the Jackson Highway album. Otherwise, I’m not sure I understand why he bothered (along with Atlantic's main-players Tom Dowd and Arif Mardin ), forcing Cher to practically drive straight from Chastity’s labor room to the recording studios.