Last week I found this wonderful catalogue of Cher YouTube clips under the site Vid-arena’s experiment of pitting different divas against each other in YouTube dominance.

I haven’t surfed all the clips but there is a touching tribute to Gregg Allman found there set to the music of “My Song” with some fine candid shots. You might find some new stuff you haven't seen before.

Cher Castle
I had horrendous pop-up issues with this site all three times I tried to get get on (from two different computers even). Many links are broken – it’s possible this is a ghost town of Cherness. The graphics are worth a looksee...that cute winking photo...but I couldn’t bring up the forum or the chat. The biography was scrolling text too fast for me to read. Most annoyingly, I couldn’t resize the window to get to all the menu items.

...not to be confused with Cher Palace which is now a Yahoo! Group of 800 some people.

To support a palace or a castle, you need an Army of Cher is a fan database, basically another brand of social site, a place to chat with other fans and create fan profiles. There’s a small amount of multimedia here and the design is the least Cher-sparkly of any I’ve seen for a while. Interestingly conservative. It’s unusual. It intrigues me. I wish I could join all the social hubs of Cher out there. I really do.

Cher University!
Oooh...Cher Scholar loves school! Cher Scholar wants to go back to school. There’s a page of firsts and a list of facts, and active forum, an album database and 102 members in the Yahoo! Group section. It’s a good start but I need more stuff - a syllabus, more homework, more tests! I did love playing with the bubbles.

This all reminds me of the year of 1997 when I was at Sarah Lawrence studying poetry. My fiction writer Julie had to leave for a semester and she asked me to go into the college computer lab (a place I had never been before and thought must be filled with computer geeks) and send her school news via her email account. It was scary. What if I couldn't figure it out? What if I broke something?. Julie emailed about web surfing and starting up an online opinion magazine (this became Ape Culture in 1998). I had no idea what web surfing was. I went to the Yahoo! site she pointed me to and typed in "Cher" for lack of any other ideas. And that's how I learned how to use the world wide web. (It's also how I learned to use those green periodical books at the library). At the time, there were only two sites about Cher, something vaguely official looking with Cher informercial pages and a great site from the UK called Cher Dedication. It had scrumptious essays, invaluable postings about Cher appearances (this was around the time of the "First Time" book tour) and the first web postings of "Believe" clips. I remember thinking "eh, not too catchy."

Later that year after I got my first computer, a Micron.  I spent a whole day surfing through every site on the web that mentioned Cher. Isn't that mind-blowing? In 1997 I managed to find all Cher references on the freakin' Internet! One-hundred monkeys couldn't do that today.

Today I posted a few articles on Ape Culture:

I was listening to my favorite morning show, Stephanie Miller, today while i was applying my face goop. They've been discussing dangerous 70s toys. That morphed into a discussion on annoying 70s songs or "ear worms" as they call it. Listeners call in with their most hated 70s song. Once dastardly meanie-poo feller called in today to say "anything by Cher."

It was only a matter of time.

Chris on the show started playing "Gypsies, Tramps and Thieves" and "Half Breed" while Stephanie did her best Cher impersonation. Needless to say I was irked to be hearing all this. But happily Stephanie groaned when the caller suggested any Cher song was an ear worm, saying "She was called a lotta names. She was really bullied. No wonder she turned out so fabulous."

Awww...I feel so warm and fuzzy inside now.

It's Gonna Take a Lotta Links...

...to get us through the night.

This was a link-tastic week.

This week I’m starting a new feature, posting entries from my archive of questions emailed to Cher Scholar which have trickled in over the years. I’m doing this in the hopes that it will enable better Cher scholarship worldwide. Consider this zen koan I just cooked up:

the question is the answer

Note: This is not the same as my advice column: Ask Cher Scholar. Below are factual inquiries not sage answers to relationship issues.

Well, first of all this set of albums was intentionally misspelled Superpak, a fact that really grates on the harried nerves of my Massachusetts-State-Spelling-Bee-Champion friend. Why have rules with such blatant breakage of them? The Vol. 1 album was also the theme of my first Cher Zine. It’s such an odd compilation, so mammoth in scope and packaging, with peculiar photos basically soft-focusing on Cher’s schnoz. The second volumne had pictures of Cher looking European and fashionable.

Double albums were so classy in the 70s. We only got one double Cher album: Sonny & Cher Live, Vol. 2. But imagine: a double concept Sonny & Cher album! It could have been called The Duet Remains the Same or House of the Gothic Sconces or Sonny & Cher IV. Instead, we only have double compilation albums. So sad.

Here are the song lists for Superpak Vols 1 and 2.

Album 1: Side 1
All I Really Want to Do; The Bells of Rhymney; Girl Don’t Come; Come and Stay With Me; Blowin in the Wind; Needles and Pins

Album 1: Side 2
Bang Bang (My Baby Shot Me Down); Elusive Butterfly; Time; Where Do You Go; Until It’s Time for You to Go; Will You Love Me Tomorrow

Album 2: Side 3
Alfie; Homeward Bound; Catch the Wind; Reason to Believe; A House is Not a Home; You Don’t Have to Say You Love Me

Album 2: Side 4
You’d Better Sit Down Kids; Sunny;  There But For Fortune; Do You Believe in Magic; Mama (when My Dollies Have Babies) [I just mistyped this doilies—the LOL goes without saying]; The Click Song

Album 1: Side 1
Our Day Will Come; The Times, They Are A-Changin’; Come to Your Window; I Wasn’t Ready; Hey Joe; Milord

Album 2: Side 3
Ol’ Man River; The Impossible Dream; Cry Myself to Sleep; Carnival; Twelfth of Never; Like a Rolling Stone

Album 2: Side 4
It’s Not Unusual; I Want You; I Will Wait for You; Take Me For a Little While; Sing for Your Supper; Go Now

It’s interesting to see how Cher music compilers organize her songs. You can almost read a found poem in the list above, especially on Album 2: Side 4 which reads like a twisted infatuation affair gone wrong through the course of one short evening.

The absolute enormity of the song list begs the question why not just re-release all the freaking Imperial albums? Is it me? 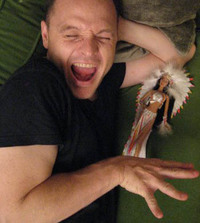 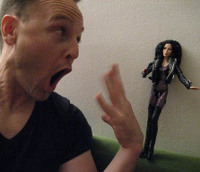 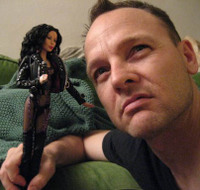 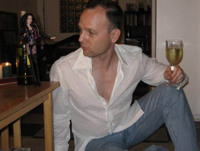 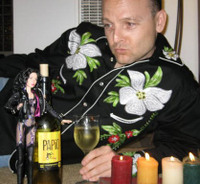 Now this is good news indeed! If only I understood how she made the list. Steve Meacham, a writer for the Syndey Morning Herald in Australia, recently posted a list of his favorite Bob Dylan covers. (Thank you Chergoup on Yahoo!, yet again, for the link).

Two things irk me about this article. One, his web links are wrong. He points us to dylancovers.com which is just a landing page with Google ads. The  database of Dylan covers is at http://www.bjorner.com/covers.htm. This site is actually pretty cool. At a glance you can see Dylan’s amazing influential reach. The site also correctly identifies Cher’s whopping ten Dylan covers spanning a mere five years (http://www.bjorner.com/artistc.htm#_Cher) ...although technically Cher renamed "Lay Lady Lay" to "Lay Baby Lay," and "Tonight I’ll Be Staying Here with You" (one of my favorites) is listed twice erroneously due to a compilation being taken into account. If we were to count Cher compilations, all the songs would be listed about 100 times. This site has this same problem with other artists, as well.

But back to Meacham’s piece...I doubt he’s heard every single Dylan cover under the sun. Yet he still comes up with a list that is basically the most successful and high-profile of the bunch. He doesn't come up with much rationale for why he picks the the versions he picks (for instance choosing Neil Young & Crazy Horse’s version of "Blowin in the Wind" over Marlene Dietrich’s version because it's "the finest cover." Finest at what?) It gets worse when he gets to Cher’s version of "All I Really Want to Do." I'm amazed he picked her version over the one charting simultaneously by The Byrds. Cher's version beat The Byrds in sales but Dylan himself liked The Byrds' version. Critically, I'd like to know why Meacham felt Cher's was better. Is he finally a reviewer who will defend Cher’s music? Yet he provides no real defense! So close but no cigar.

It’s interesting that Dylan made his debut in 1962, just a mere 3 years before Cher. This helps to explain why folk was still so huge in the mid-60s and yet old enough to be taken mainstream by pop acts like Sonny & Cher. 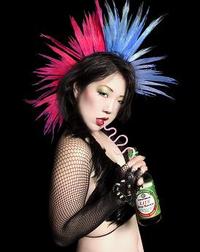 Where does Cher rank in gay icon-dom, Part 2? Margaret Cho is interviewed by After Ellen and she has the following to say:

AE: In a girl fight to the death for the title of Ultimate Gay Icon, who would win: you, Cher, Liza or Madonna?
MC: Oh, my God, I think it would have to be Cher.

AE: Why?
MC: Cher is the greatest.

AE: No, I mean a knock-down, drag-out.
MC: Oh, I don't know. I think Cher could really kick ass. Or Madonna.

Margaret’s opinion matters in Gay Icon-dom, as she’s an underground Icon herself. This is a good sign that she sees Cher neck-and-neck with Madonna.