Battle of the Titans 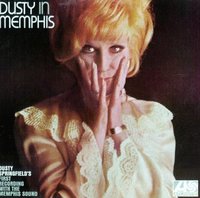 Gay Spy lists Cher as one of the top gay icons. And for whom is this news?  Amazingly, she’s rated #7 of 10! Here’s my reworking of this list based on my know-it-all understanding of gay iconoclasting.

1. and 2. Madonna v. Kylie - This is a tie depending upon whether you’re European or American and is a ferocious flaming war of the Divas that will never die. I know this because a battle on the topic was often raging in the defunct Ape Culture forum. Who will win, we do not know; but their absolute domination in spirit and creativity in videos and live shows will keep them battling for the top spot for a while to come.

3. Cher – I believe Cher has surpassed Babs in the last ten years and is gaining strength.

4. Barbra Streisand – who would be at list top if she still had hits.

5. Shirley Bassey – for the gays with taste, as Margaret Cho's grandmum would say.

6. Dusty Springfield – ditto (speaking of Jerry Wexler...Cher’s Jackson Highway album was recorded the same summer with the same producers (almost) as one of the Earth’s greatest albums Dusty in Memphis)

9. Christina Aguilera – She’s so young yet and doesn’t have the I've-been-around-forever survivor-boost to be near the top of the list.

10. Britney Spears – Last because how long can fans survive that sinking ship?

Conspicuously missing from the list: Judy Garland who should hover either above Cher or above Barbra, I'm not sure. What do you think?