Women with Hips
Kathy Griffin Speaks On Her Gay Fan Base

Petition to Congregate in Unified Fandemonium 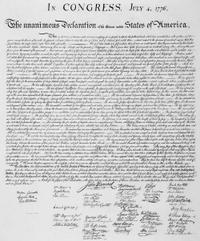 It almost looked like Cher had another Palm Springs house for sale this week according to the Daily Telegraph. But turns out this is the same house as she was selling last January. These Cher houses all look the same.

Has the house not sold yet? Maybe this isn’t a good time to be selling. Tuesday, Associate Press reported that southern California home sales have plummeted; but it turns they’re just talking about po’ folk homes.

“While sales of high-end homes have remained stable, many entry-level homes have been languishing unsold as would-be buyers try to time the market in hopes of seeing even lower prices.”

Cher doubled the size of the $650,000 house and put a $2.4 million price tag on it. This new story also claims Cher has put up her Malibu house on the market for $25 million. But what about the Buddha-build? Is this typical bad reporting or typical Cher indecision? We may never know.

Speaking of Cher not doing stuff we thought she would, Vegas is eternally unconfirmed. That’s not news. But this nutty Cher petition is.

Reference the article “Petitioners Want Caesars to Court Cher” Reports of this petition have been going around for a few weeks. I can’t decide if this is an annoying or inspiring development. Somehow I doubt Caesars has much power in the situation. My guess is they’re waiting on Cher for a yea or nea. Cher will either do it (less likely) or not (more likely) or not agree to do anything until we all lose interest. I doubt she can be petitioned into anything by her fans.

But this article has some highlights. They call Tamara Hampton’s celebrity obsession an unconventional hobby of iconic immersion. I’ll say. Hampton, a real estate broker and music promoter, says “Cher is the most captivating, explosive, modern icon the world has ever seen”!

I love the hyperbole! How would you define explosive?

Hampton claims the petition has global support – but only 1,000 people had signed yet...that's from over 194 countries worldwide, which breaks down to average of 5.15 people per country.

The article mentions an uproar that occurred in Cher’s fan base when it was announced that Bette was going to be given top billing.

Apparently, fans are demanding preferential treatment and top billing. But how can someone uncommitted to a job be given any billing, I wonder. It all makes no sense to me but what do I know?

If you want to sign the petition (get inspired by our founding petition above), visit http://petitiononline.com/cher2008/petition.html.

Moveon.org can’t even get me to sign anything. Well Jesus, I can’t sign everything. I’m worried about my brand.