From One Snow Queen to Another
A Woman’s Story

Notes on a Week 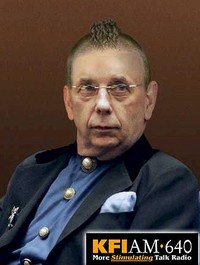 Phil Spector Paper Dolls
It’s not funny. And yet it is. No it isn’t. Well...it kinda is. Choose a Phil Spector hair style.

LA Bookfest
LA Bookfest last weekend was great! Saw two poetry panels, one on book reviews and one on California and the American Dream where everybody pretty much agreed the California dream is dead...but the weather is nice. But seriously, stop coming. There’s not enough housing. And isn't it always people like me who get here last who say that the loudest?

I also saw Mark Doty  read in Poetry Nook. Wonderful reader. Even if you’re not into poetry, he’s very funny and poignant, as they go. Also made a crazy-cool discovery: children’s music maestro Justin Roberts and his Not Ready for Naptime Players. It was even worth sitting in a sea of squirming toddlers to see him. He was that good. His songs are catchy kewl even if you don’t have rugrats of your own. I mean who hasn’t been frustrated waiting for a late yellow bus? The memories are still fresh. Plus his music is as sharp as Ben Folds and his humor on par with both Ben and Sufjan Stevens. Highly recommended.

And no, I did not hear anything Cher should cover. (Oh for the love of Pete, now I have Cher singing “My Brother Did It” stuck in my head.)

Don Imus
This week MSNBC has been filling Don Imus’ spot with a hodgepodge of talk show temps. My favorite early morning radio show host, Stephanie Miller took over early this week. Seeing as Cher was an occasional Imus show call-in, particularly regarding US troop support, I wonder where she is turning for her morning radio needs. Does she miss Imus? Was she ever disturbed by his occasional off-color commentary? I suppose she is probably reluctant to turn the dial over to Howard Stern (who I used to listen to quite happily before he went cable, but who wouldn't discuss US Troop issues with her as much as he’d inquire about the apparatus size of each of her former lovers).