If This is What Respect Looks Like. . .
Songs Cher Should Cover 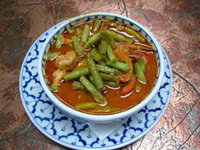 I had a really miserable week last week. I ruined not one but two Thai food diners. A poetry project I’ve been working on for over a year (over many years, actually) didn’t work out. I was PMSing something awful and really swamped with work. Then Cher-fan Tyler informed me via comment a few posts back that the new dance album Forever Cher was actually a tribute album by Dark Lady, a.k.a. Jimmy James.

Ugh! Cher tributes are always low rent. Kate Bush or Sheryl Crow never rally to do re-interpretations of “Half Breed” or “We All Sleep Alone.” Although Sonny’s 60s tunes have been covered a respectable amount of times – search iTunes and you may be surprised. But when it’s Cher solo, we get completely unknown hacks. In other words, we’ll never get a Pickin on Cher. I would have been depressed to hell about the whole thing if it weren’t for my many other problems.

But damn it all, I’m a complete-ist and must buy the overpriced CD anyway. And you know what? It doesn’t suck. It’s actually…fun. I’d go as far as to say it’s the best facsimile of modern Cher I’ve yet heard. Jimmy’s voice sounds remarkably like Cher’s. In fact, you can almost forget. Did I just say that? That's impossible, I know. The litmus test comes during “Walking In Memphis” when Jimmy tries to sing Beale Street. No one can sing “ten feet off of Beale” like Cher.

What’s really interesting is the arrangements which are different enough to work on their own. Some creativity was brought to these impersonations. “Bang Bang” and “Half Breed” start the album nicely. If only the Farewell recreations had been so kitschy-fresh. “Turn Back Time”. . .well, what can you really do with TBT? I tell you it doesn’t suck. In fact, these mixes make the Geffen-era tunes more palatable to me. Jimmy is infused with enough Cher-spirit to do free-form Cher singing, which takes this impersonation to the level of a real tribute. For this, props go to the creative producing and arranging by Keith Haarmeyer.

Here’s my thinking on the differences between impersonations and tributes:

The sex switch: Mistress of the Dark is a tribute band in my mind because these gals don’t just dress like Black Sabbath but they re-interpret Black Sabbath songs as a girl band; whereas most male impersonators just dress/act/lip-sync like their celebrity. They suppress themselves beneath the celebrity persona. Dark Lady is an impersonator/cover artist bordering on tribute due to the originality of the arrangements and Jimmy's phrasing.

Dance remakes by the original artists walk a fine line. You have to infuse the song with some punch without messing up the basic pathos of the piece. Don’t make a sad song too happy, in other words, just because I’m dancin!

I wasn’t sure this fake Cher would be able to hold my attention over two CDs. Unless it’s a funny remix of a golden oldie (somebody please remix “Where Do You Go!”), I’m not a big dance-mix fan. I mean how many ways can you stretch out “The Music’s No Good Without You” or “When The Money’s Gone?” After a while, the stretch marks start to show. And I don’t like the “beat off to eternity” that most dance songs end with. It feels like extra fabric left over.

The first tracks are better than the later ones. “Song for the Lonely” sounds a little awkward but I loved the bridge. The voice-box effect on “Believe” is a little irritating and Jimmy seems to find the Cher falsetto in “One by One” harder to sing. Maddeningly, you still can’t understand what the washed-out sounding back-ups are singing in the intro of that song. Will some backup singer (or computer programmer) please come forward and resolve this decade-old mystery for us?

I haven’t finished the second disc yet, which mainly contains all the same songs on disc one but revamped as “Return to the Five and Dime” remixes by DJ Ross Alexander. Oh and they all run together on disc two which makes for one supercalifragilistic Cher party! Alexander also includes “Love and Understanding” and “The Shoop Shoop Song” on disc two. If he can make these two stinkers sound good, God bless him.

In any case, this disappointing product purchase turned out to be a pleasant surprise. I hope my next attempt at Thai cooking will do the same.