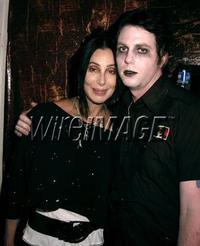 Last week I started a new job doing content updates for a company in Internet governance. My commute is less than three miles and I sit in a quiet office with a view of the lovely marina in Marina Del Rey. I love it! I'm mostly swapping out War-and-Peace amounts of Internet policy documents. Not exactly sexy in the land of Hollywood and pop culture but I like it. It appeals to my inner nerd. I also get to learn Dreamweaver, web compliance standards, and how the Internet works. Never considered that before. I look forward to the next few months of coding, editing and watching LA sunsets from my window.  Plus the bathrooms are clean. Which is more than I can say for my last LA office job downtown. *Shudder*

As I was doing laundry this weekend, I read up on my Ann Wylie/PRSA newsletters full of writing tips. There I found out about a new word: verbidical which means “ a condition that exists when a person believes he or she is skilled in the use of words (a verbalist), but in reality is grammatically challenged.”

For some reason, this word immediately reminded me of Cher peripheral Elijah Blue Allman. Maybe this is because I just perused the latest Deadsy CD (Phantasmagore – their second album). I caught up on Elijah news and Deadsy history with Wikipedia. The CD was released last August, 2006. If you remember, Elijah went on Howard Stern to promote it and made headlines for his comments about Paris Hilton being unclean in her nethers.

Where do I start with Elijah? Why talk about Cher-spawns at all? Normally I would say leave the kids out of your celebrity obsessions! However, Cher’s two children are very public by choice: both have put out either records or books, or made reality TV or radio appearances. And both talk about life with Cher; so their experiences seem relevant to my continuing, albeit pointless, Cher scholarship.

In trying to process the Deadsy project, I've had to wade through an onslaught of artifice that leaves even Cher in the dust. Such artifice includes:

If there's truly irony or satire here, it’s empty overkill. The fact that the project may be ironic and may be serious is a weak position. You have to be brave with satire and irony.

Elijah, being the product of two unique vocalists, is likewise unique. However, his hardcore, menacing vocals feel inauthentic to me. Like he’s trying too hard. But far worse are his interview snippets in reviews where he attempts brilliance that try even harder. What results are nonsensical posings. It doesn’t even work as satire. These antics are the predictable exercises of every budding artist….in high school. But from a man who's just crossed the threshold of 30, it’s plain adolescent. And the content just doesn’t back up the bravado.

Okay, maybe I have a bad attitude about Deadsy or Elijah or the whole circle of 30-something nere-do-wells who produce the bulk of Hollywood gossip right now. I did go see Deadsy a few years ago at the Roxy in LA. The band kept stopping mid-song (I don’t like it when Lucinda Williams does it either – but at least she is truly brilliant). Elijah blamed “electricity.” On Howard Stern he said his performance wasn’t up to par due to jet lag. Snap out of it!

And must you have contempt for everything? The problem is he doesn't come across as any smarter than what he has contempt for.

As I read aloud funny interview blurbs, my significant roomie weighed in with this conclusion: When you grow up in the cradle of celebrity and money, you don’t get to say how stupid society is. Because you’ve never truly lived it, slum around all you like. It’s like William Shatner & Joe Jackson singing Common People:

"Smoke some fags and play some pool
pretend you never went to school;
but still you’ll never get it right
when you’re lying in bed at night
watching roaches climb the wall.
If you call your Dad,
he could stop it all.
You’ll never live like common people;
you’ll never watch your life slide out of view
and dance and break and screw
...because they’re nothing else to do.”

Elijah as a person owes us nothing. As an artist, he owes us something for our attention. I wish he would just give us something honest about his life experience instead of this elaborate junk which just accentuates what is possibly a low self-esteem. Maybe not. But if all the drama with heroin, goth artifice, and hatin' on women hadn’t betrayed him yet, the emptiness of Deadsy will eventually.

Not that anyone asked…(aw heck, I ask myself)….if I were Elijah what would I do? I would strike the slate clean. Revamp, refurbish, rethink it. Take it all down and start from a more genuine place. 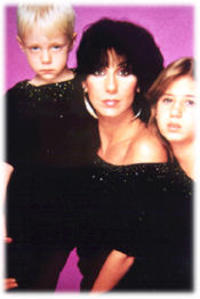 Own up to who you are. There’s nothing wrong with being a son of celebrity. It’s one thing to say that; it’s another thing to believe it. Besides, you have no choice. And what’s left to be said about artifice in 2007 anyway? Even David Foster Wallace is giving up irony and digging the riverbed for solid gold sincerity.

So what do I like about Deadsy? Well, the z-tar. I like their “Paint it Black” cover. I am intrigued by Elijah’s influences in the low registers as I tend to like same. I have a theory that Elijah and I were both fetuses inside deep-voiced women. My mother’s smoker’s voice puts Lauren Bacall to shame. While Elijah was in Cher’s womb and Cher was on TV shows singing 70s pop songs like "Rhinestone Cowboy," she must have sounded like a hump-back whale to little fetus Elijah. Possibly we are drawn to those sounds because we listened to them in the womb.

Also -- Elijah rarely bad mouth’s his mother or his half-sister Chastity. I like that about him, too.