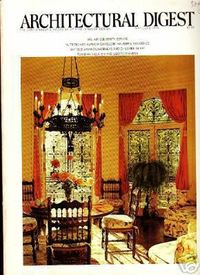 I realize I’ve been a real Negative Nellie lately. Which is silly because things have been pretty good. In fact, I’m traveling this week to a new city—something I love to do. I’m also making progress on  recently neglected financial and artistic fronts. So why focus on the negative in I Found Some Blog. Let’s focus on the positive: Cher is rich!

“You’re as rich as Roosevelt!” That’s what Olympia Dukakis shouts out to Vincent Gardinia in Moonstruck when he doesn’t want to pay for Cher’s wedding to Danny Aiello. I love that line for all its grumpy ‘tude; but does it make any sense? I mean, are we talking about Teddy or Frank here? I’m pretty sure Franklin was not that rich. At least that’s what they said when we went on that tour of his house off the Hudson River in New York. Maybe Teddy was the richie. If I was more of a history scholar, I’d be able to answer that among other pertinent questions. But, as it is, I’m Cher Scholar and can only answer questions like “Is Cher Italian?” or “Is Cher rich?” No and, as reports of late would indicate, yes. However, it should be noted that we Cher fans have always thought Cher was rich. It’s just that we were wrong sometimes.

Well, what do we know? We scan Cher atriums in four or five Architectural Digest issues throughout the decades and it’s easy to see how we could get the wrong idea. But as it happens, during the late 60s and mid 80s, to cite two examples, Cher was actually, as they say, paying the chauffeur with milk money and the cat was pissed.* Another thing to note: this information about Cher’s richieoicity came from an un-sourced posting on Cher groups claiming Cher was now worth about $620 million dollars. But I say we shouldn’t believe it until Cher makes the Forbes list of richest celebrities. Allegedly, the bulk of her wealth is a result of her real estate holdings, art collections, and the new Caesars Palace contract worth $60 million. But should we believe such Vegas-ness will even occur before we get the hot little tickets in our hands and have forced three of our non-Cher-fan friends to promise they'll go with us? Maybe there’s money coming in from a new fragrance product I heard a whiff about last week. Speaking of rumors, I still don’t know what this mysterious Cher Charitable Foundation is. Like everything else, until I see a poster, a website, or a billboard…talk to the hand.